The Green Party is the only major political party in the UK that is committed to a life based on democracy and justice within the planet's limits.

The Green Party has always dared to be different - and we’ve always known the power of good ideas. We have bold solutions which offer inspiration in this age of uncertainty.

That's why Lambeth Green Party and Councillors made Lambeth the first borough in London to declare a climate emergency. And it's why we have been fighting cuts to local services and plans for estate demolition across the borough.

Lambeth's Green Councillors include Green Party co-Leader, Jonathan Bartley. We are the official opposition on Lambeth Council, and the biggest Green councillor group in London. In the 2019 General Election, we achieved the country's biggest vote swing to the Green Party, coming second in the constituency of Dulwich and West Norwood.

We look forward to meeting you 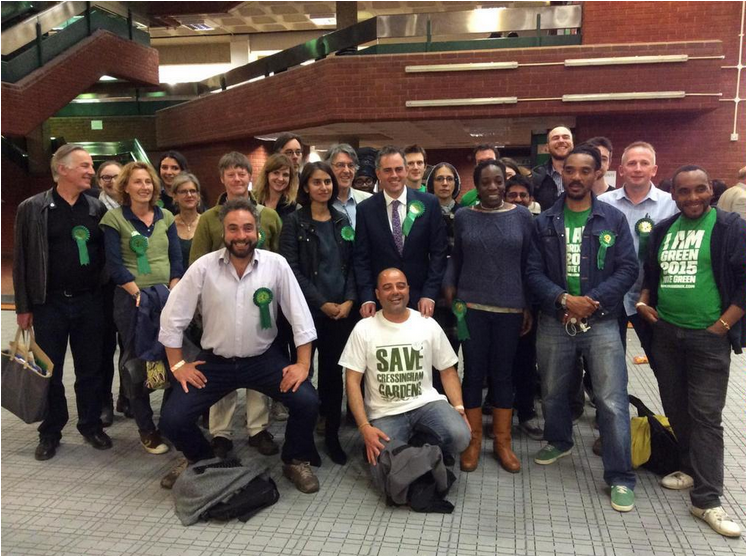 For the future you choose